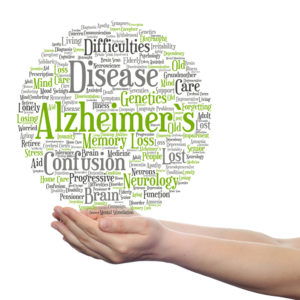 1. Alzheimer’s disease is a part of normal aging

2. You can’t have Alzheimer’s disease if you can remember things from the distant past

If an individual remembers all sorts of things from the past, by no means does that indicate that they don’t have Alzheimer’s disease because the recent or freshly learned memories are the first to fade away in Alzheimer’s disease. As the disease progresses and reaches the middle stage, the long held memories start to go to. The affected individuals can often able to retain their fundamental social skills if they are in the early stage of the disease. So don’t eliminate the possibility of Alzheimer’s disease just because the individual may seem to be interacting fine and remembering things for now

3. Only old people are vulnerable to Alzheimer’s disease

4. You can’t die of Alzheimer’s disease

Statistics say otherwise. Most of the people with Alzheimer’s disease live around 8 to 10 years after their diagnosis. There can be various reasons for this. Primarily, since patients of Alzheimer’s tend to forget to eat and drink, they can soon develop nutrient deficiencies. Additionally, they can also develop breathing problems that can progress to pneumonia. Furthermore, patients with Alzheimer’s disease can end up in dangerous and potentially life threatening situations as a result of memory loss, which is yet another lethal sidebar of this perilous disease.

About the Author: Dan Segal

Owner at Optimal Senior Care Solutions: Dan and Yvonne Segal are the owners and operators of Optimal Senior Care Solutions. Both Dan and Yvonne had personal experiences with the needs and challenges of caring for aging parents. They saw the need for a high quality professionally run yet personalized service to deliver the type of experience that they had a hard time finding.